Many people have heard of the Buddha’s teaching on Non-self. Unfortunately, it has been much misunderstood. By approaching this important topic from the perspective of the Buddha’s teachings on the cessation of I-making, perhaps we can arrive at some new understanding. This is because, in essence, what the Buddha is saying is that what we take to be a substantial self is really an artificially made-up self process.

In a 1-hour prerecorded teaching, Venerable Ajahn Tiradhammo will discuss the idea of Non-self, and explore how we might go beyond the process of I-making to the possibilities to be found there.

Please be sure to register so we can send you the YouTube link closer to the date. 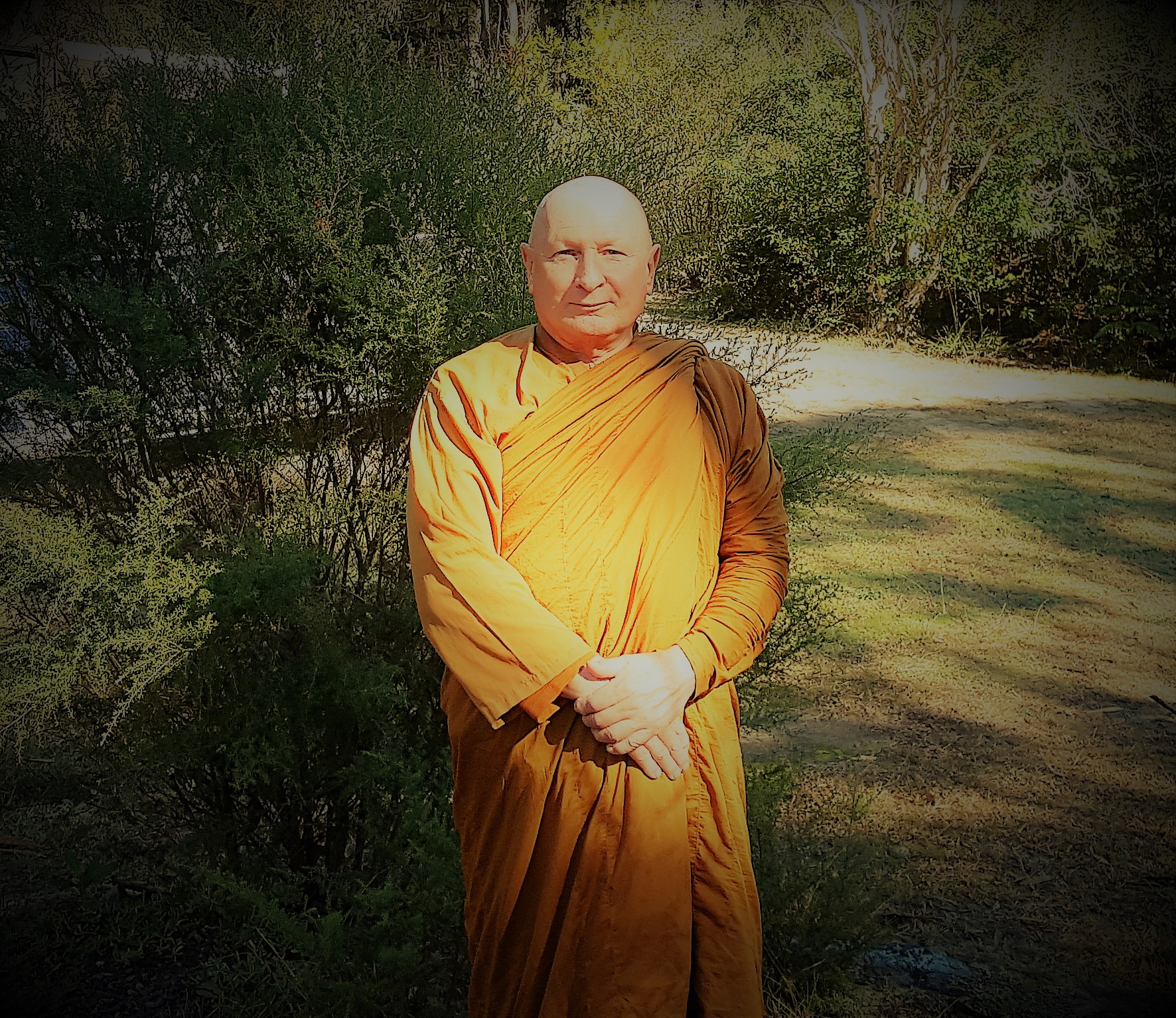 Venerable Ajahn Tiradhammo is one of the most senior monks in the tradition of Ajahn Chah. He was born in New Westminster, British Columbia, in 1949. In 1973 he became a novice and took his higher ordination one year later at Wat Meung Man in Chiang Mai with Venerable Tong. In 1975 he moved, in order to be with Ajahn Chah, staying at Wat Pah Pong and Wat Pa Nanachat. He went on several tudong journeys through the northeast of Thailand and the mountains of Chiang Mai, visiting many famous forest meditation masters.

Venerable Tiradhammo was invited to England in 1982 to help with developments there. He spent two years at Chithurst Monastery, and three years in charge of Harnham Vihara in Northumberland. In 1988 he helped establish Dhammapala Monastery near Bern, Switzerland, and also later at its new location in the Bernese Alpine village of Kandersteg where he was the senior monk until 2005. In July 2005 he assumed the position of Abbot at Bodhinyanarama, Wellington, NZ, until 2012. He has since retired and is now a wandering monk, currently staying at Wat Buddha Dhamma near Sydney.